Given the clusterfuck that is happening in the UK at the moment, I’m probably going to be doing a few more political posts in the future. Just a heads up as I try work out what the hell is going on through words. I understand it is much, much more complex than I can do justice to, but this is just one take on it

So on Friday, I woke up to the news that Britain has utterly fucked itself over. The omnishambles of a political situation has boiled over and a majority of people voted to leave the European Union. As a nation we have decided to turn our backs on worker’s rights, human rights, free movement and settlement and trade. Instead, we have embraced xenophobia and fear, focusing on those damn immigrants who are coming over here, somehow taking all our jobs and claiming benefits at the same time, whilst destroying our beloved NHS. Never mind they are a tiny percent of our population, never mind they actually contribute more than they take. Never mind the facts basically, lets just embrace fear of foreigners even if the EU is just a scapegoat for the racism.

There’s a million and one reasons why we ended up shooting ourselves in the foot. I’d like to focus on one reason why I believe the Remain campaign lost, despite having all the facts and experts on their side.

To me, one essential element has to be the story the press have been pushing for years. The right wing papers, like The Express and The Daily Mail have long given up any pretense of reporting facts and have now just switched to the same continuous narrative. Your life is rubbish because of migrants. Anyone who looks differently are to be feared. We have no control as a country, so it’s time to leave the EU and get control back. 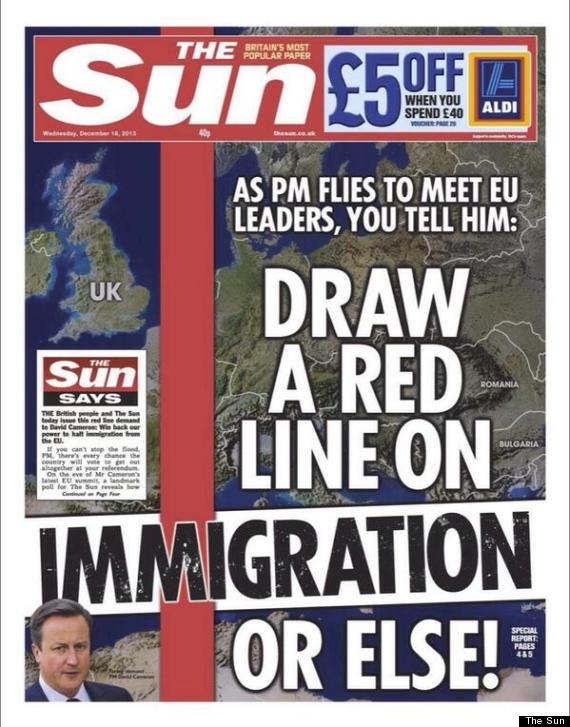 This story is one they have been telling for years, in various permutations. It hardly matters if immigrants didn’t actually eat any swans, because the overall story the papers are telling is the same. It’s a simple story with a clear enemy and a clear line of action, the underdog struggling against the large, sprawling bureaucracy of the EU, who won’t even let us control our own borders. The story says to people ‘We know you’re angry and frustrated and scared. Here’s the enemy. Here’s who you have to blame.’ The EU is just one part of a larger attack on foreigners. It doesn’t matter about facts because the hateful story has become so well established and repeated so often that it is accepted as true.

We are narrative creatures. We live on stories. They help us make sense of our history, of the world around us, of our own thoughts and actions and of everything we experience together. But just because a story appeals to a small part of our brain does not make it correct. It can be compelling and emotional and yet still built on absolute lies.

The left leaning media and politicians relied on facts to get people to vote Remain. Overall, they didn’t tell a compelling story of why we should stay. There was no emotive case for staying in Europe, except by a few. Mostly, they expected people to side with the experts, not counting on the fact that there’s been a widespread mistrust of ‘boffins’ spread by the right-wing press for years as well. This election wasn’t won on facts, it was won on a false story that we need to ‘get our country back’.

I’m furious of course. I am amazed that such lies have been able to perniciously spread for years without any sort of major opposition. I’m furious that the biggest decision in our country was won by a handful of racist, xenophobic papers and businessmen who only have their own selfish interests at heart. I’m furious that the left haven’t been able to stand up for themselves and counter the racist narrative being told with a proper story of their own. I’m even angry that facts have been discarded and thrown to the wind as if they don’t matter.

But here’s another story for you. Instead of embracing the anger, we need to work together. We need to unite in our communities. Show immigrants that they are welcome here. Spread a message of love, not hate. Show the politicians and the elites that we do not trust their lies any more. Foreigners and those who are different are not the problem. The problem is the unchecked power of a tiny selfish elite who seek to carve up our public services and hard won rights for their own profit.

To the 48 percent who voted remain, to the majority of young people who woke up and felt helpless, to those feeling like they voted for the wrong side I say this: remember your anger and disappointment. It is a motivating force for change. But also remember this, there is love and joy and unity. Remember that we campaigned to be stronger together and those words are even more relevant now. We can work together and try to heal those false divisions that are being exploited by the media.

We can tell a different story.

You may also enjoy

Our days are longest now, we hold the light solid between our fingers, like putty, before twirling, once more unstoppable. These are days we dream of deep in...

May went so fast. It was a fallow period creatively for me, I put nothing on this blog and didn’t send any poems out. I hid away from the flags and jingoism....

I can’t believe we are a third of the way through 2022. The tulips have bloomed and died back, warmer days are just around the corner. I haven’t done a lot o...